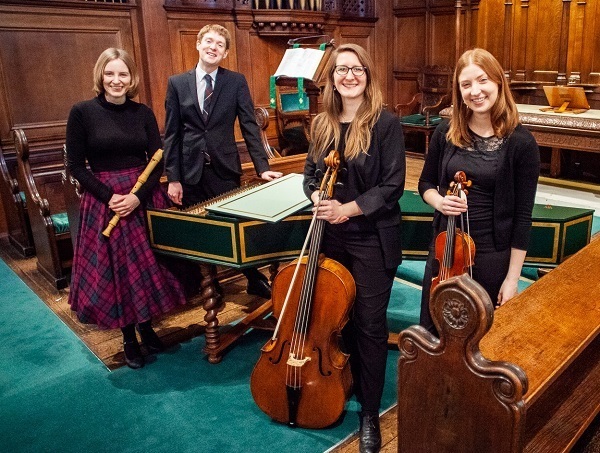 Ensemble Hesperi is a young, dynamic period ensemble specialising in both Scottish Baroque music and hidden musical gems of eighteenth-century London. Join them for a concert celebrating the lives of musicians who lived and worked near the Temple Church in the 1700s. The programme will feature a set of jigs composed for each of the four Inns of Court and a sparkling trio sonata by Purcell, alongside some lesser known, but no less intriguing, Scottish composers.

"Ensemble Hesperi, like the jolly band of some great Laird, embody high-quality Baroque Scottish music. The rapport between these players was obvious, as was their infectious enjoyment in the music."

The Latest
Back to concert listing