Barokksolistene review – group reinvent Schubert but are best in the tavern 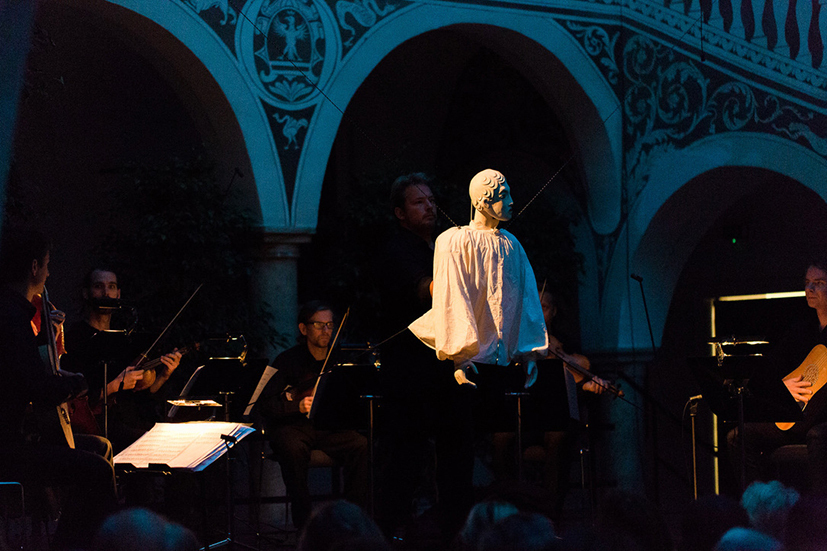 Die schöne Müllerin and The Alehouse Sessions at Middle Temple Hall, Thursday 18 November
Reviewed by Tim Ashley of The Guardian

‘A shiny brand new kind of show, a fresh new take on the one you know,” we hear in a spoken prologue to Barokksolistene’s new version of Schubert’s Die Schöne Müllerin, the first half of their double bill at Middle Temple Hall. The driving force behind this re-imagining is singer-director Thomas Guthrie, who argues that the song recital as we know it today was unheard of in Schubert’s time, and that Lieder were primarily performed in an informal, usually domestic setting, accompanied on occasion by instrumental improvisations as well as piano