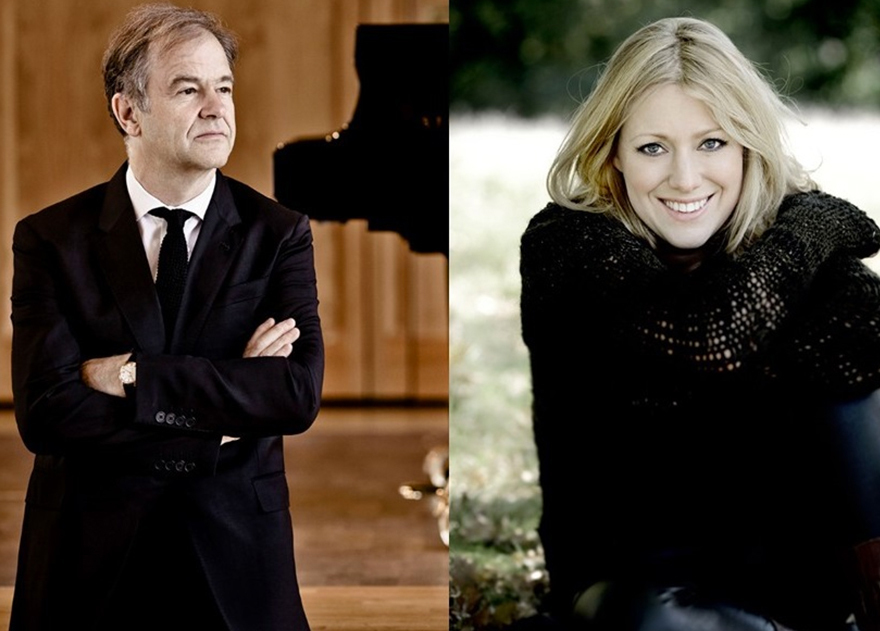 Julius Drake must have had a lot of fun compiling this lieder programme, which was inspired by a visit to the home of Robert and Clara Schumann on Inselstraße in Leipzig. The couple lived in this classical building during the 1840s and the visitors’ book reads like a roll call of the greatest Romantic artists - composers, poets, performers - of the day.

As soprano Sophie Bevan explained to me recently (The Schumanns at Home), Drake had selected four songs to represent each of five of the Schumanns’ illustrious international guests, and the hosts themselves. At the start of the evening, he invited us to imagine ourselves at a musical soirée in the Schumanns’ piano nobile apartment, being entertained by some of the cultural elite of the mid-nineteenth century. As Schumann himself said of musical life in Leipzig, ‘What an abundance of great works of art were produced for us last winter! How many distinguished artists charmed us with their art!’

With such a cornucopia of lieder from which to choose, one wonders how Drake settled upon his selections. Certainly, one could discern distinctive musical ‘voices’, and it was interesting to hear Clara Schumann’s gentle melodising beside Chopin’s folk-tinted melancholy, or Liszt’s blending of fervent human passion and reverent spirituality. And, as the lieder weaved from German to Polish and back again, with diversions into French and even English, a truly international conversation unfolded. But, there was variety of expressive range within the song-quartets, too. Moreover, Bevan had remarked that many of these songs were new to her, and many were also new to me and so the programme offered numerous fresh discoveries and delights.